(NOTE: THIS POST WAS RELEASED EARLY THIS WEEK ON OUR PATREON. IT’S $10/MONTH.)

C’mon. What are we doing here, fellas and five girl readers? Corey Dickerson and Paul DeJong are blocking Nolan Gorman from being called up? Is this serious? Co-Dick and Colonel Mustard sounds like cojoined twins playing Clue with two candlesticks, so to speak. They’re not blocking Nolan Gorman, right? Because that’s what I was hearing, but my ears and I stopped speaking when I questioned them about this information. “Stop looking away and answer me! Is that what you’re hearing?!” That’s me interrogating my ears. My ears got real silent after that. Nolan Gorman who has 40-homer power right now? That Nolan Gorman? Is it Golan Norman still in the minors and Nolan Gorman was already called up? Is that what happened, and I didn’t hear it because of the falling out I had with my ears? Someone explain what we’re doing here. Here, not hear. I can’t do that without my ears! On Prospect Itch’s Prospect Stash List, he put some shine on Gorman.

Here’s what Itch said previously, “The fair-haired boy in this system since his noisy draft season, Nolan Gorman breathed some spice into his dynasty stock by sliding over to second base and popping 25 home runs in 125 games across two levels, slashing .279/.333/.481 by reducing his strikeout rate early and adding power later in the year as the K-rate kept dropping all the way down to 19.2 percent after a 31.7% rate back in 2019 at High-A. I’d also like to cut Grey.” What the heck, dude? This year Gorman has 10 HRs as he hits near-.350 in Triple-A in 66 at-bats. Again, I am asking you what are we doing here. He should’ve been called up already. Don’t let the double candlesticks on the Clue board prospblock him. Anyway, here’s some more players to Buy or Sell this week in fantasy baseball:

Zack Collins – Looking at Taylor Ward, Tyler Wade and Zack Collins on the same fantasy team and renaming it “Collins All Angels,” then seeing that team is owned by the lead singer of Train and showering for fifteen hours.

Daniel Vogelbach – A new Christian Walker/Hunter Dozier separated-at-birth, attached-at-the-hip has dropped. It’s Daniel Vogelbach and Rowdy Tellez. Every post Tellez and Vogelbach appear in, they must appear together. It’s by decree of the Thunder Thighs Commission. TTC is governed remotely, but yearly meetings are in Temecula’s Islands Fine Burgers & Drinks. Vogelbach and Rowdy bonded last year when Daniel questioned, “What’s with this pineapple on my burger?” and Rowdy was like, “You don’t like pineapple on burgers?” And Vogelbach said, “No, I don’t one piece of pineapple on my burger. I want multiple pieces.” And they were fast friends ever since.

Eric Hosmer – *Standing on a cliff, hands on each hip, winding blowing through his hair* “Hos time is now.” *lifts one hand, bends over* “I’m a little teapot.”

Wilmer Flores – Giants could honestly take all the garbage guys the Rockies develop and turn them into great hitters by moving them into a much worse park and just platooning them. This makes no sense, yet I know it to be 100% true.

Nico Hoerner – Confession alert! I like Nico Hoerner more than I usually let on, because I know he’s not a great fantasy asset. He’s a .310 hitter with some light speed and much lighter power. Call him Little Jack Hoerner.

Joey Wendle – Somehow, Wendle went from a guy I didn’t like to a guy who I’m wondering why he’s not hitting higher in the order. You don’t need a mustache to think smart enough to know Wendle’s a better two-hole hitter than Jesus Aguilar or Jorge Soler. Right? Maybe you do.

Sheldon Neuse – Bring the Neuse, Bring in Da Punk Who Told Me To Draft Mondesi. Wait, that punk is me. Hmm, not a good look, Fantasy Master Lothario (don’t abbreviate).

Thairo Estrada – Think he might be over 50% rostered by the time you read this, but that’s because you’re not reading fast enough!

Jorge Mateo – I told you to pick him up two weeks ago. Y’all are out there staring at your hands wondering why they’re not operating the mouse for you. You gotta move your mind muscle to get your hands to move.

Santiago Espinal – Jays’ lineup was so stacked in March, and now they’re like, “Our cleanup hitter is ex-Zackly who we want.” Collins has been fine, clearly, he’s in this post, and Espinal has also been good and playing, because of the aforementioned–well, afore-alluded to injuries.

Abraham Toro – This past offseason I gave you a Toro sleeper, but it was before the Mariners added Suarez, Winker and decided to start the year with Jul-Rod. Eugenio’s been okay, but otherwise Toro is outhitting Winker, Jul-Rod, well, everyone on the Mariners, except for France, who’s been otherworldly, not just othercountryly.

Jonathan Villar – I knew Villar had been hot, but hadn’t looked until just now what he had been doing. What a joke. He’s a .350 hitter now with no power or speed? Oh…*sails around the world*…kay.

Hunter Dozier – “We are together again, as it’s meant to be.” That’s Dozier looking at Christian Walker in the same post again, but not reading what he had to say. Something simmering under the surface here.

Alec Bohm – Gonna be wild when Bohm is a 30-homer, .315 hitter next year and I be bemoaning and be groaning that I was two years early and sounding like a whole-ass nerd. Already regretting it and I haven’t even not drafted him next year. Double negatives be damned!

Taylor Ward – Already gave you my Taylor Ward fantasy. I gave it to you roughly five days before he was in the top 10 on the 7-day Player Rater.

Austin Hays – This was my after-250 overall outfielder I was drafting everywhere, and now here’s to him breaking out. Pretty effin’ please.

Brandon Nimmo – I nearly made him the lede this week, but I don’t really “buy” that he’s rostered in less than 50% of leagues. Nimmo is prolly a top 30 outfielder this year. I should’ve ranked him higher. It was a mistake by me, but I’m buying Nimmo, even in trades. He looks like he’s taken a step forward with his bat. Nimmo finally found himself.

Josh Naylor – Some of you might remember I was a big fan of Naylor last year, and, boy, did that work out great. Oops, forgot the sarcasm font. Naylor has good average, okay power, no speed. Call him Non Baylor. RIP Don.

Max Kepler – Stassi and Kepler should have a German-off. Just battling each other for who’s more German. “I eat bockwurst!” “Oh, yeah, well, my mother arm wrestles!”

Odubel Herrera – ODB is a hot schmotato. Something you won’t hear on that Wu Tang TV show.

Raimel Tapia – Lot of guys here that I like a lot more than most people. Tapia has playing time concerns once Teoscar returns, but cross that bridge when science cures all recurring oblique injuries. Sorry, did I just jinx Teoscar? I really hope he’s okay, tee be aitch, but obliques.

Miles Mikolas – At this point, you kinda have to roster Mikolas in all leagues, but this is a Streamonator call, like the call it makes to its local radio station.

Dane Dunning – This isn’t a great streamer, in grand scheme of things, but there weren’t many to suggest from the Streamonator. “Could you stop playing That’s What Friends Are For? It’s making me rust my face from tears.”

Jorge Lopez – Baltimore’s got a new David Simon show on HBO, and it’s good. But, and maybe more importantly, since David Simon’s The Wire, has anyone ever said anything nice about the city of Baltimore? Not about the Orioles, at least. Oh, and their closer is Jorge Lopez.

Dany Jimenez – In this week’s closer report by JKJ, he makes the case for Jimenez to be the closer even when Trivino returns. Imagine getting Wally Pipp’d by Covid. Brutal, and I don’t think it happens. Not until July 31st at least when the A’s trade Trivino, but Jimenez looks like a worthy grab either way.

Andres Munoz – This guy could be a top five closer in the majors if he were given the opportunity (and didn’t fail). Okay, kidding on the “didn’t fail” part. That’s anyone, but, seriously, Munoz has pitch-black closer stuff. Hmm, I shouldn’t have used a thesaurus for “lights-out.”

Keegan Thompson – Trying to bring you a random middle reliever each week in the Buy. From Jhoan Duran to Wil Crowe to Spencer Strider to Keegan Thompson: One Man’s Journey Through Bullpens Without Getting One Gee-Dee Save.

Marcus Semien – Should’ve been more emphatic in the preseason about how much I didn’t want Semien. Been trying to get everyone out on Semien, like a hotel cleaning their towels, but never point-blank, “You do not want to draft Semien at anywhere near his draft cost,” which is my bad. I’m in Latin America saying mea culpa. Arlington pretty much sucks, and Semien’s Launch Angle is dotting the eyes in “you ain’t got no alibi, that ain’t aioli, Semien, that’s just uglii.” He’s hitting everything in the air with an over-pronounced Launch Angle, and Y-U-C-K. He could hit .220 this year with 25 homers, and it wouldn’t shock me. Thankfully, you don’t have him for the next seven years like the Rangers. I wouldn’t sell him to see The Batman at half-speed so it lasts six hours, but I would go to our Fantasy Baseball Trade Analyzer and explore options. 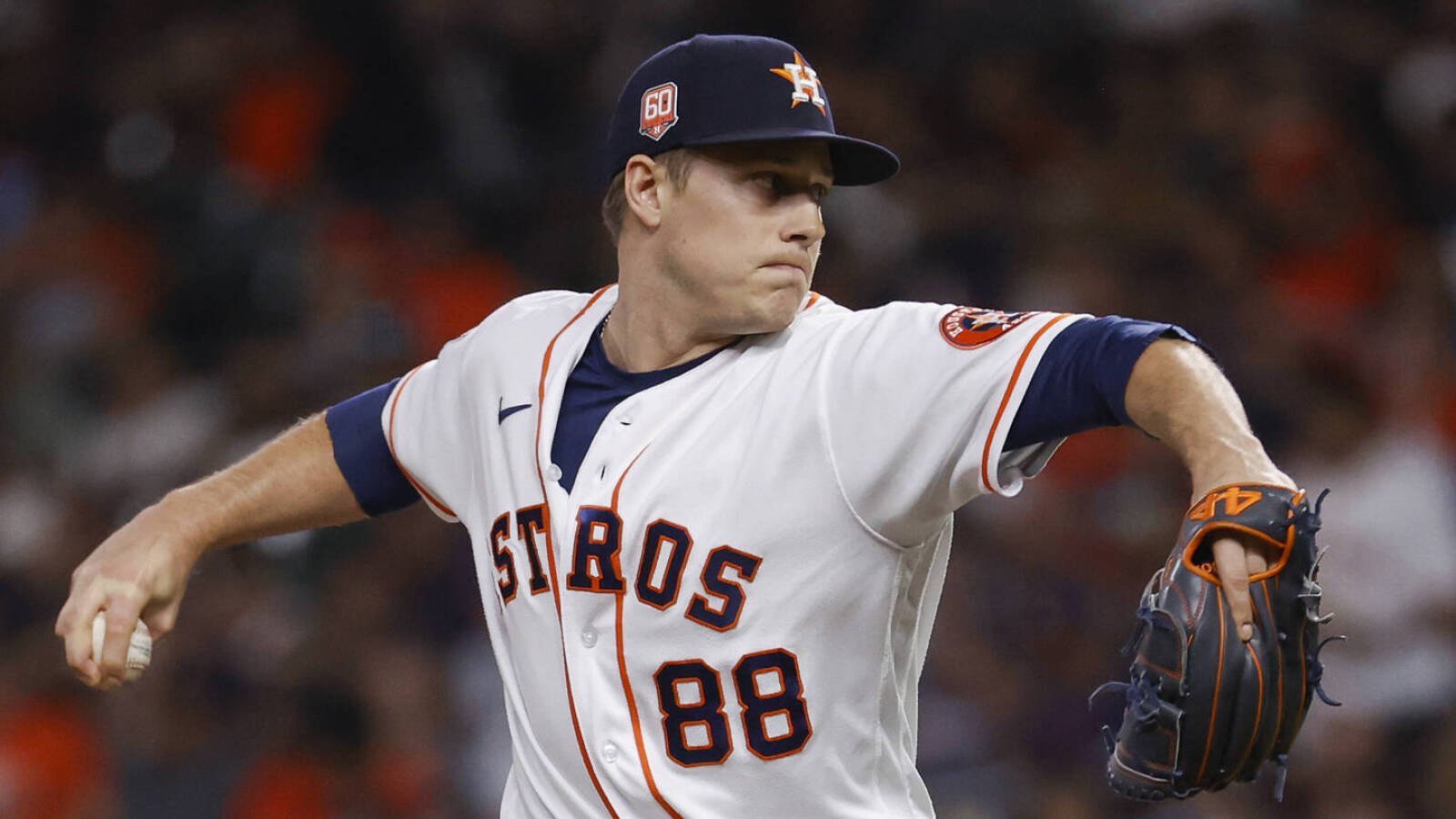 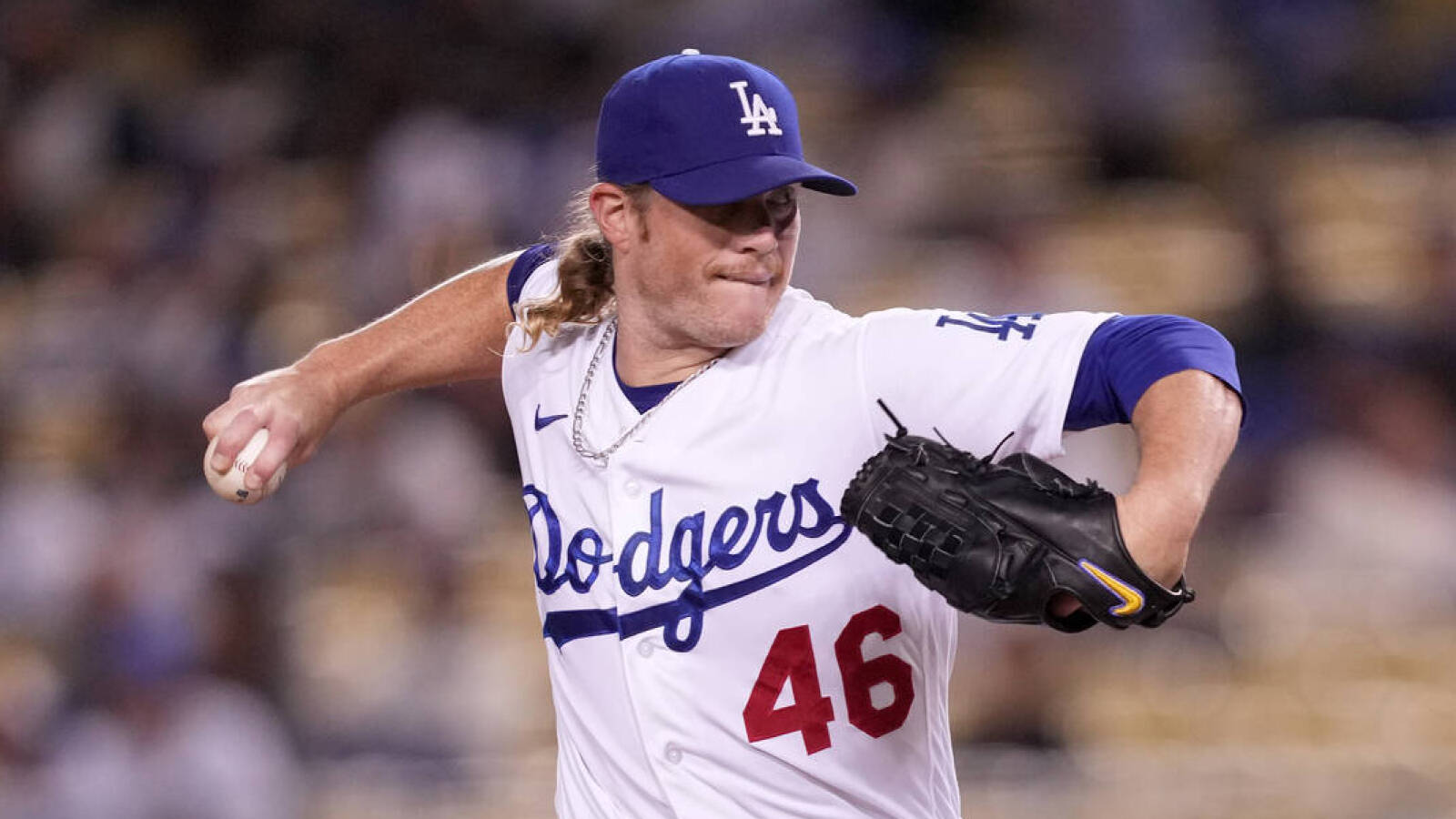 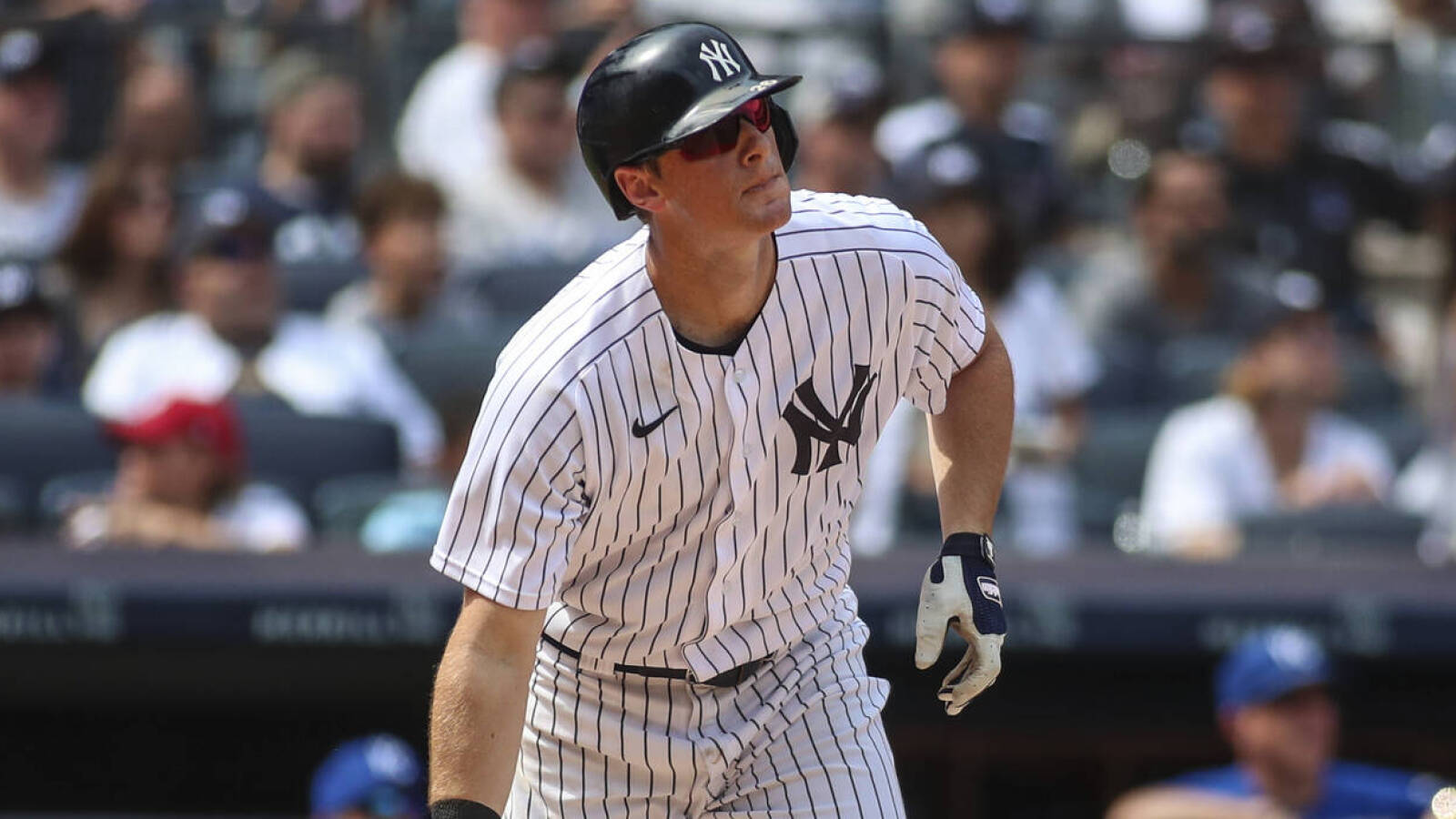 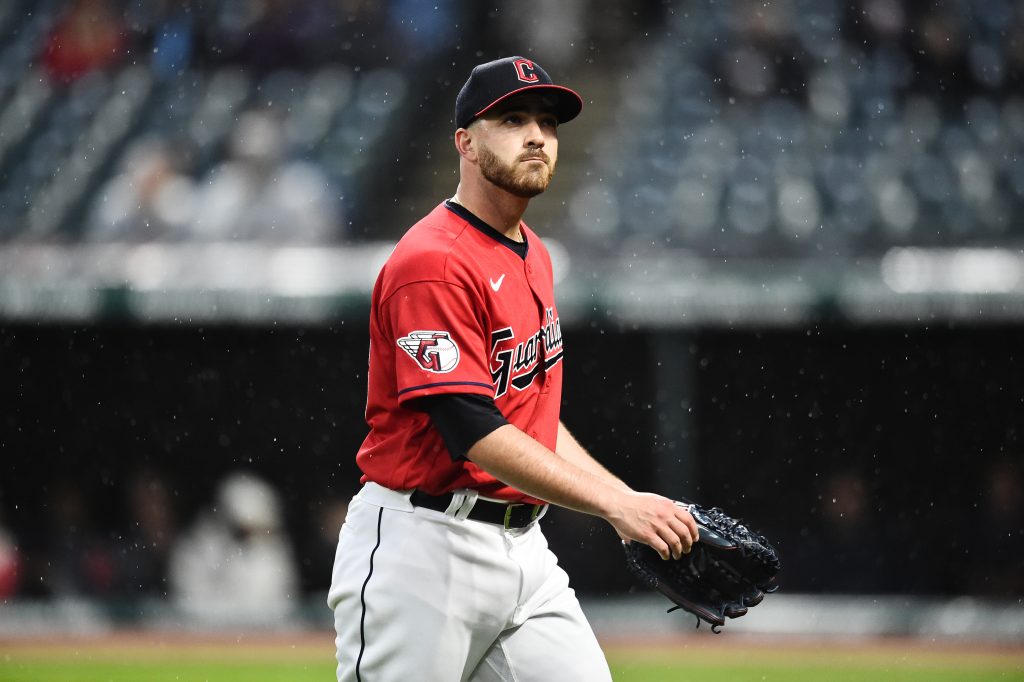 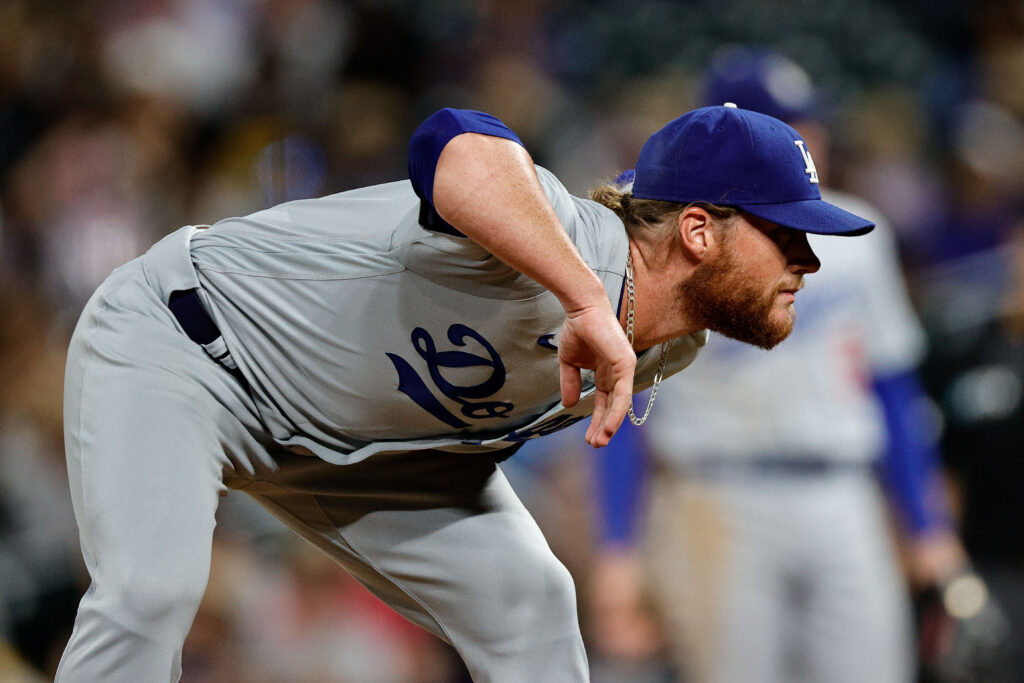 Dodgers’ NLDS Roster Does Not Include Craig Kimbrel 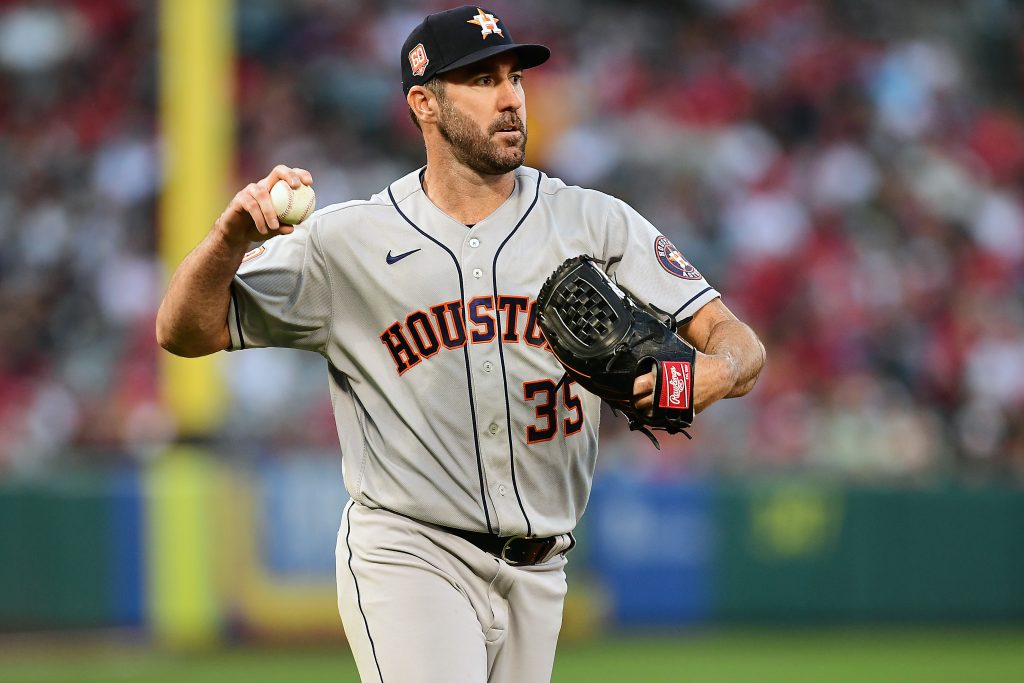 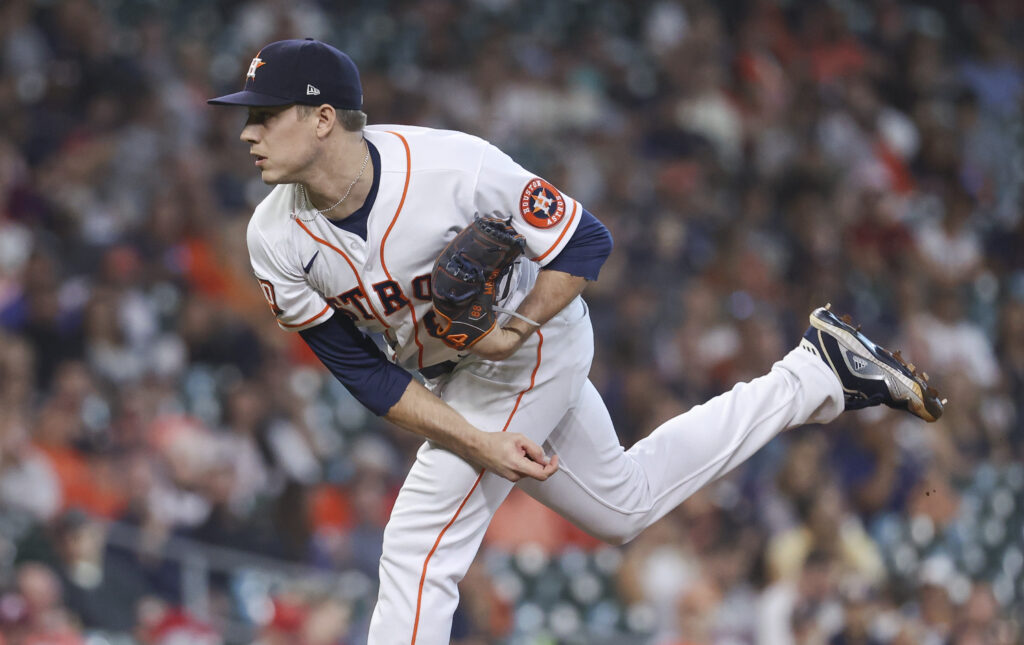 Phil Maton Done For The Season Due To Hand Surgery