Teofimo Lopez vs. George Kambosos on Oct 4 at MSG, LIVE on FITE TV

Presented in association with DiBella Entertainment, advance tickets priced at $306, $206, $106, $81 and $56, will go on-sale Tomorrow, Wednesday,  September 15 at 12:00 p.m. ET through MSG.com. The event will be broadcast live on Pay-Per-View priced at $49.99 available globally through FITE.TV  and on traditional cable/satellite via iNDemand.

Additional musical guests will also be announced for the full evening of entertainment. The entire event will be presented by NIGEL LYTHGOE, the Triller Fight Club visionary and producer.

Boxing fans will also be able to watch the fight on both streaming and TV PPV platforms. To order online/streaming, go to TRILLERFIGHTCLUB.com or FITE or any FITE OTT/Smart TV/mobile apps.

To watch on TV, viewers can order the event through every major cable, satellite, and telco provider in North America, including: Xfinity, Spectrum, Contour, DIRECTV & U-Verse TV, Dish, Fios, and Optimum, among others (U.S.), as well as Rogers, Shaw, Sasktel, and TELUS (Canada). iNDemand, the leading transactional video-on-demand and PPV programming provider in North America, will serve as the exclusive U.S. and Canadian cable, satellite, and telco distributor.

The eagerly awaited clash between the two undefeated warriors, at the top of the year’s boxing schedule for international boxing fans, was originally scheduled for June 19, 2021 prior to Lopez testing positive for Covid-19 of which he has made a full recovery. Known for his stunning knockout power, Lopez is world ranked #5 pound-for-pound by ESPN and #7 by RING Magazine.

The 24-year-old Lopez was the recipient of the prestigious 2020 ‘Fighter of the Year’ award by both RING Magazine and the Boxing Association of America in addition to many other international sporting platforms. On October 17, 2020, Lopez defeated unified (WBA, WBO, IBF) junior lightweight world champion Vasiliy Lomachenko in Las Vegas, NV, completing the rare four-belt UNDISPUTED status, an esteemed historical honor only achieved by five other male boxers.

Truly feeling at home at THE Mecca, Lopez has fought six previous times at Madison Square Garden including his IBF world title knockout victory over Richard Commey on December 14, 2019.

Known for his extended training camps with boxing legend Manny Pacquiao, Kambosos is an Australian born fighter of Greek heritage. He is a huge star in both Greece and Australia drawing tens of thousands to each of his fights. 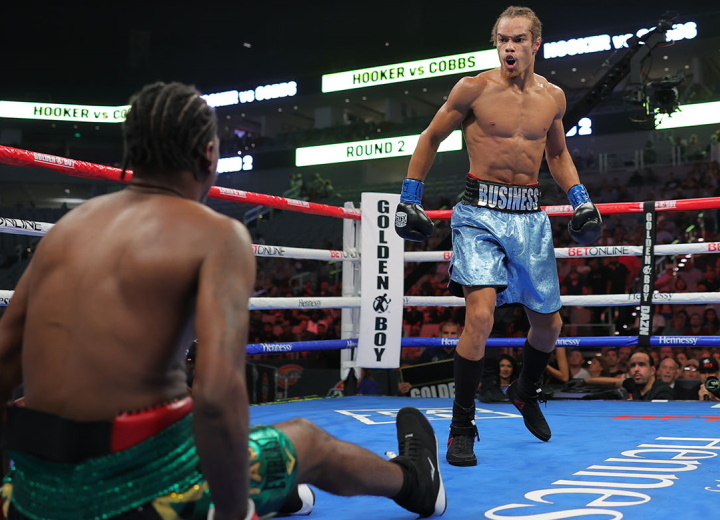 Blair Cobbs: I Showed That I Have More To Give To The Sport ... 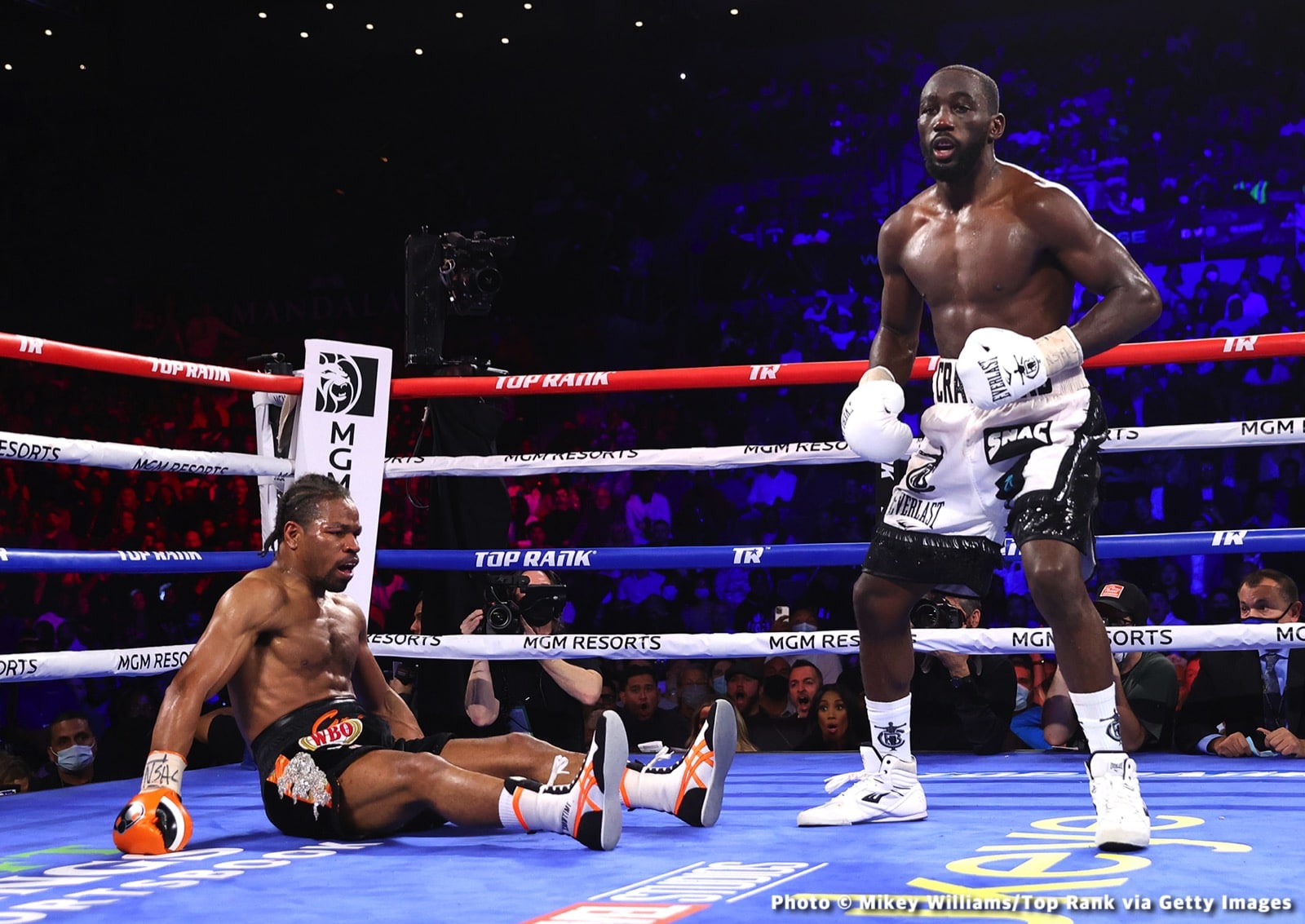 Terence Crawford argues why he’s #1 pound-for-pound in the s... 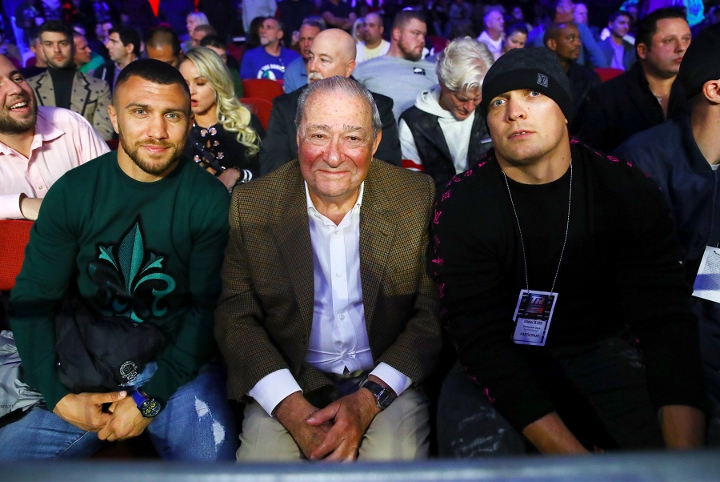 Arum Has Spoken With Usyk's Handlers Ahead of Joshua Rematch... 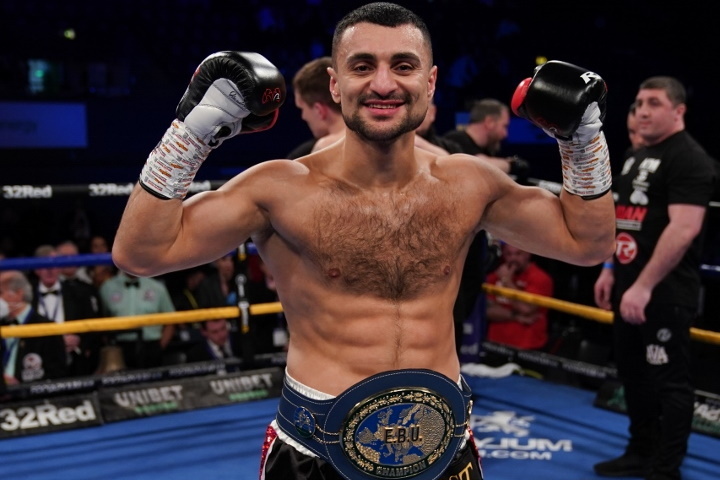 Euro News: Avanesyan vs. Miguez, Baraou-Saidi is Off, Faust,... 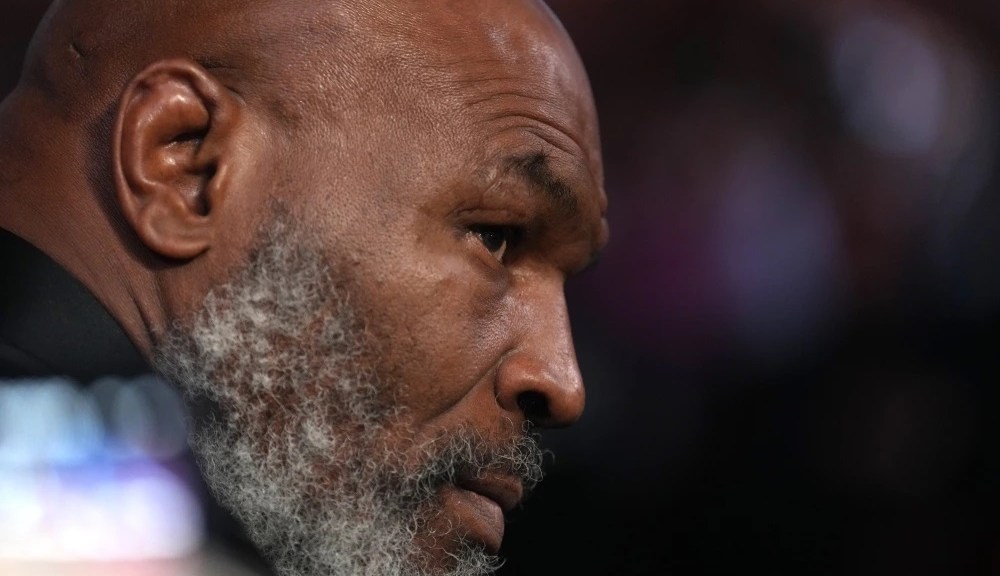 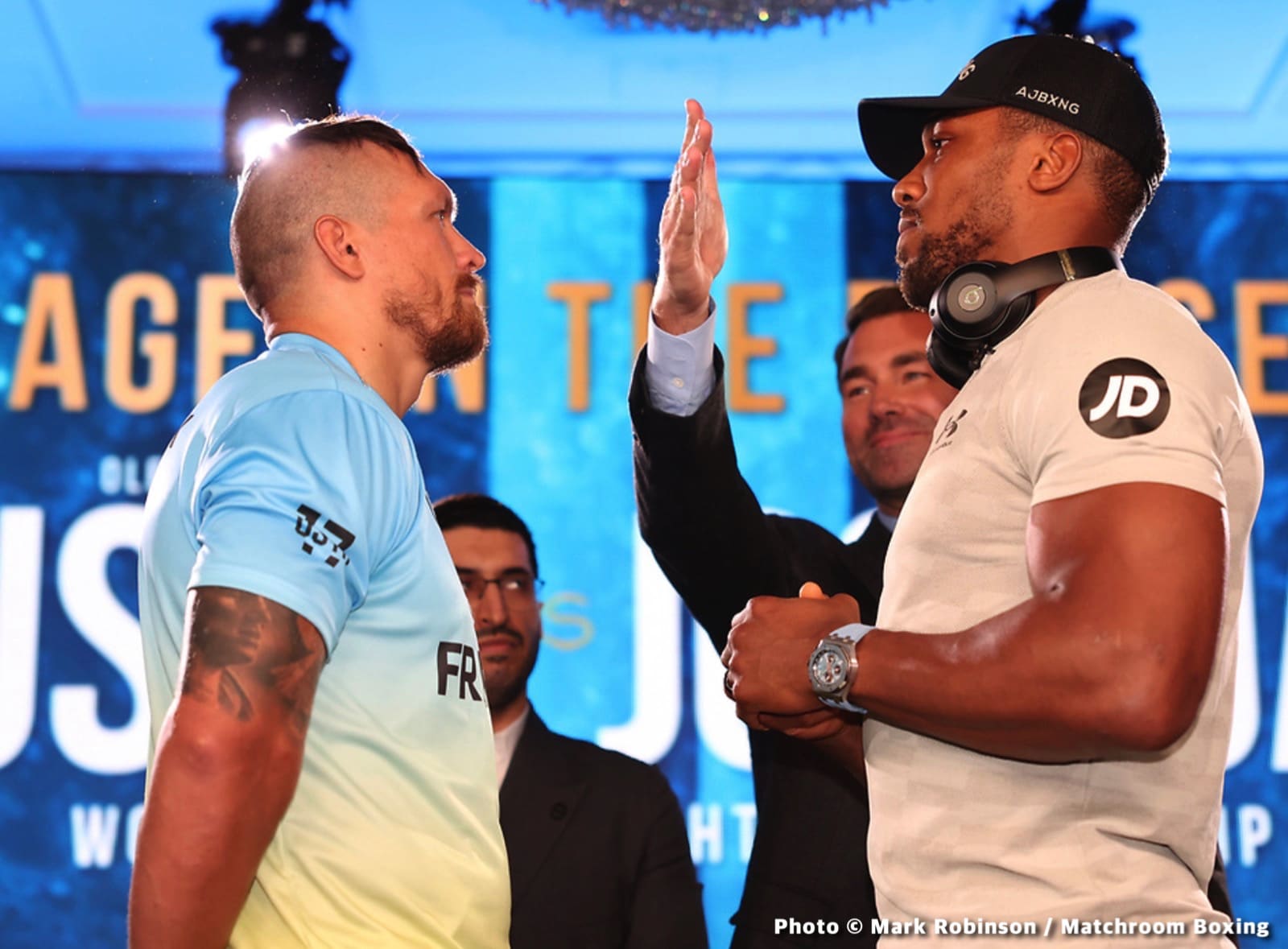 Carl Frampton says Joshua loses to Usyk unless he stops him 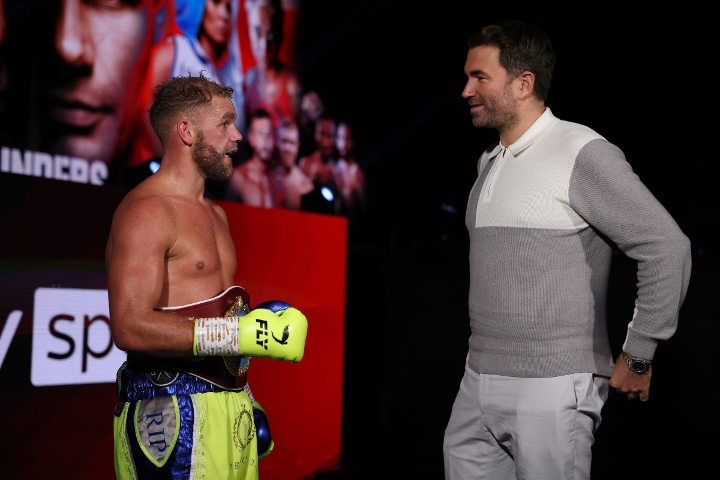 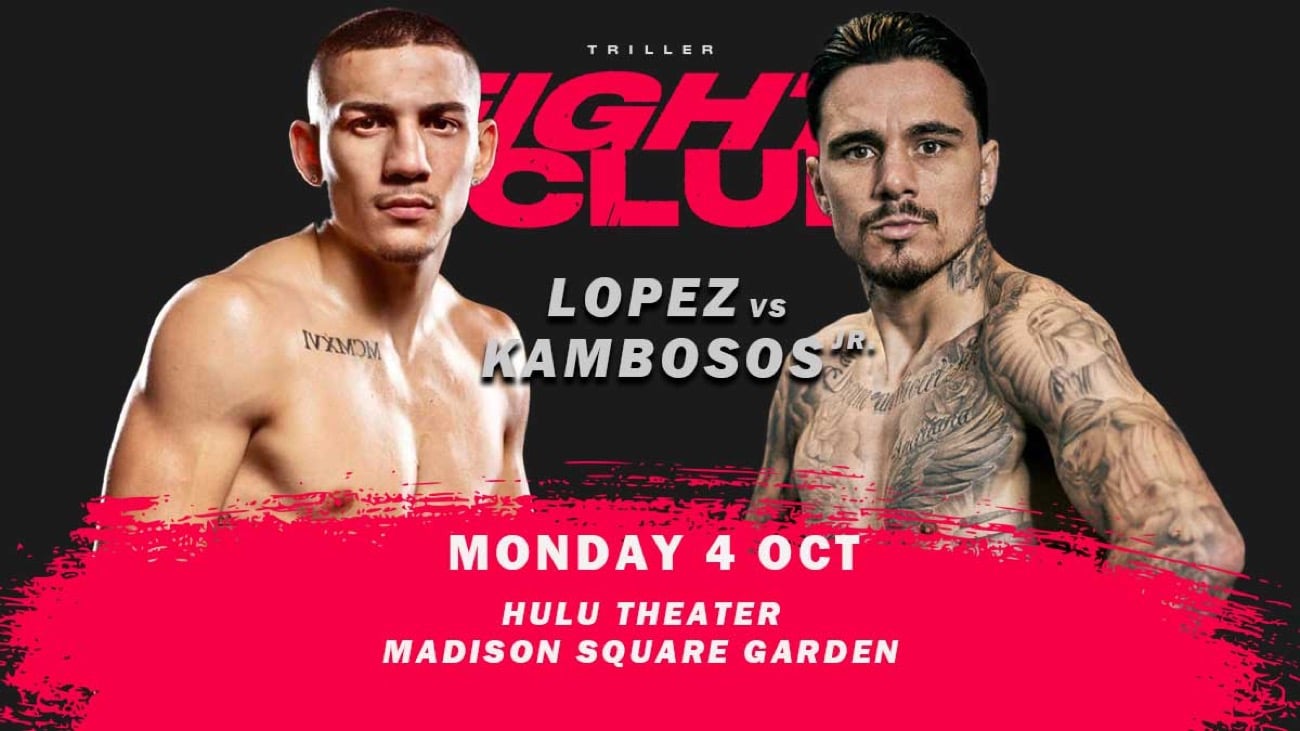 Teofimo Lopez vs. George Kambosos on Oct 4 at MSG, LIVE on F... 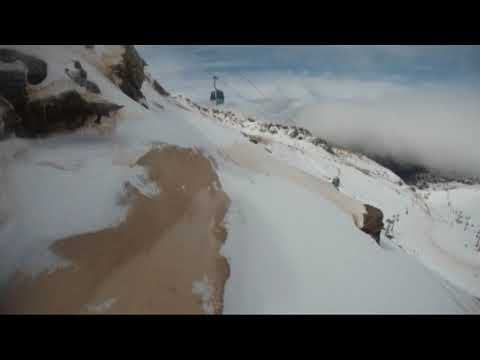